Whether he’s crafting a three-star Michelin menu or cooking up his mum’s comfort pasta at home, Marco Pierre White infuses his food with emotion.

It’s designed to make you feel something, whether it’s wonder at the perfection, joy with a happy memory, or delight with eating something delicious.

I have long admired his mastery of cooking and avidly watched any show he was ever in. So when the chance came for me to interview him I got there as fast as I could. Though not without some reservations… MPW was in Perth for a food festival and doing the usual round of media appearances, which can be a very tedious thing for both sides of the interview equation – safe questions with safe answers. 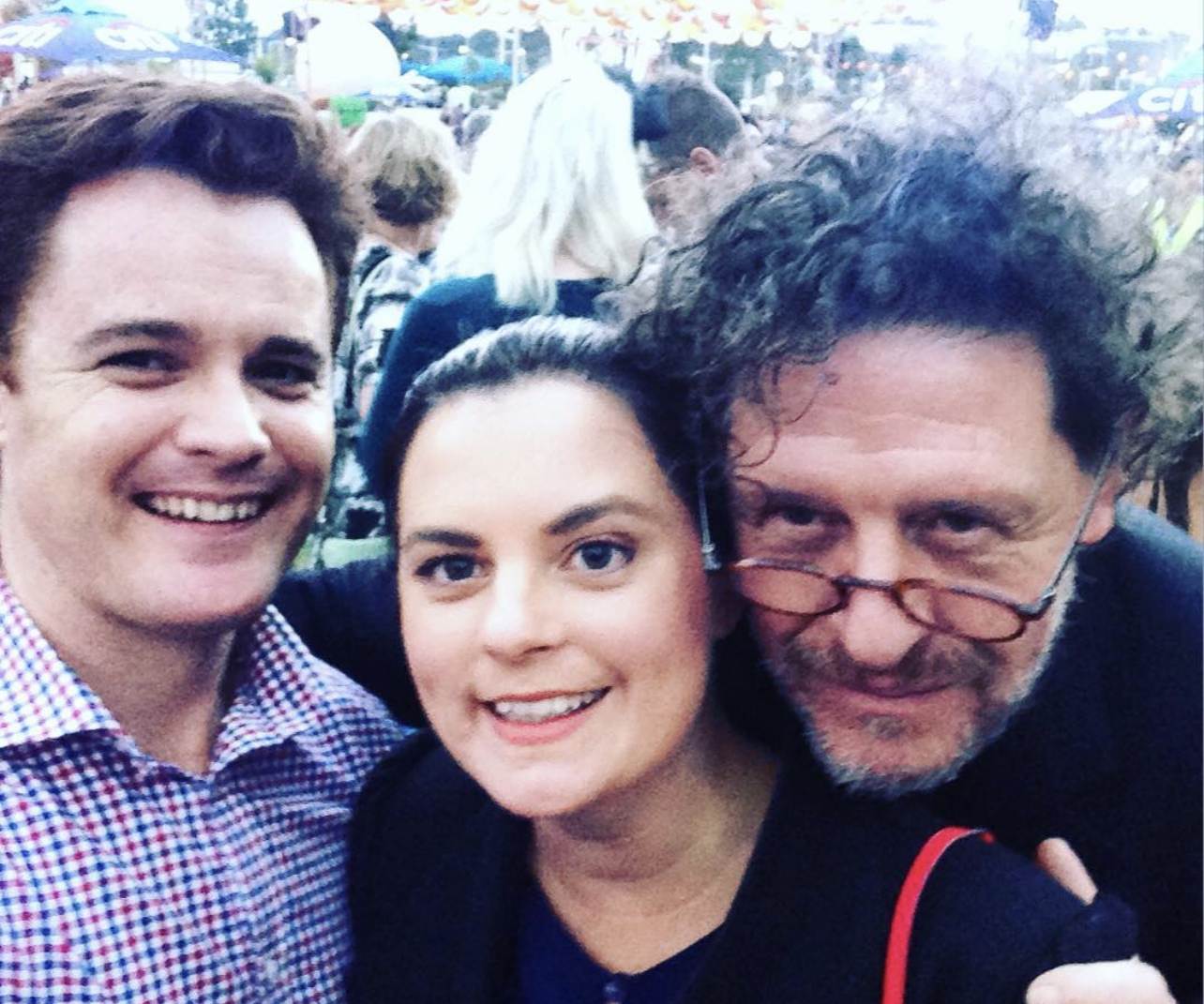 Me and Carmen with Marco

And MPW has a very scary reputation, exemplified by his making Gordon Ramsay cry when that infamous hard man of the kitchen was his apprentice. When I got to the very fancy hotel he was staying at, I was ushered into a ritzy room full of print, radio and TV journalists waiting their turn. Luckily I was next, so skipped to the front of the queue and was led to the balcony where MPW was draped across a lounge, smoking and chatting to some friends. After some introductions, we began the interview.

Now, I was a features writer for a digital news website, WAtoday, so all I had was a notepad, pen, and smart phone recording his voice. No camera or microphone to shove in his face. Perhaps he liked that. Or perhaps he liked that I fired back at him a bit, and bummed one of his smokes, and could keep up with the references he made to London chefs and restaurants and cookery techniques.

Whatever it was, we got on like a bloody house on fire, and our ten minute interview slot ballooned to half an hour as we ordered coffees – both of us choosing short macchiatos. We got on so well in the interview that MPW invited me to have lunch with him after he was finished speaking with all the other journos. He would be doing the cooking too. It was an amazing offer. But despite his insisting, I begged off having lunch with Marco – even though it was the chance of a lifetime.

Why? Quite simply, I had another interview that day. I had made a promise, and was determined to keep it.  He said he understood, shook my hand warmly, and wished me well.

But as I walked away, I wondered if I had made the right decision.

I kept turning the possibilities over and over in my mind as I drove to the next stop, a refuge for birds of prey where the keeper had agreed – after much convincing – to show me her very endangered feathered friends. I had the answer when I saw that she had her makeup done, freshly ironed clothes on, and every birdcage was spick and span, ready for a journalist’s eyes to inspect. She even had a glove laid out for me so I could hold a Wedge-tailed eagle. I was relieved that I didn’t cancel at the last minute because something else came up. 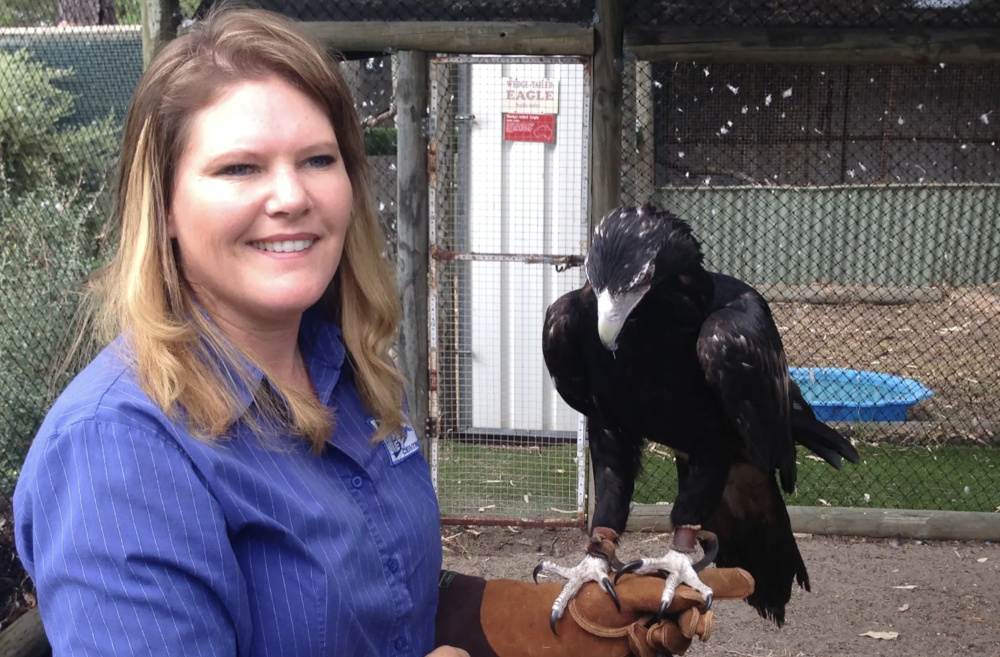 MPW rose to the top of his game by committing himself to its countless processes, perfecting everything from chopping onions to polishing the silverware. He never cut a corner or neglected a task – he did everything to the absolute best he could, and was committed to his mission. That day, I realised I had made the same commitments, but with writing.

As I drove back from the bird sanctuary, my mind fizzed and bubbled with words that leapt from my fingertips like lightning bolts when I got back to the newsroom and typed the story of my encounter with MPW. I barely looked at my notes. It was all in my head. Perfectly formed sentences tumbling out to produce an article that let readers know about the brilliant chat we’d had together and the wisdom he gave me on life, family and food.

When that was published, I made a blank page, and started writing about birds, smiling to myself that I had given up lunch with a Michelin starred chef to hold an eagle. And I’d do it again.

You can read both stories in the links below – do you think I did the right thing?!